This year, a company that is a success story in the food sector and at the same time a paradigm for the “reconstruction” of East Germany is celebrating its birthday: 25 years ago, in 1993, Griesson - de Beukelaer (GdB) started its production of baked goods in Kahla, Thuringia, for the German and European market, and thus heralded a new era in the company’s successful history. The site, where since the very first day among others the famous Griesson Soft Cake has been manufactured, is one of the most modern biscuit factories in Europe. In its anniversary year, GdB is underlining its clear commitment to Kahla with a large expansion of production, during which the company will invest over 100 million euros in the next few years. In total more than 200 million euros have been invested in the location to date.

Major contribution to the economic upturn in the region
In the 1990s the optimal spatial conditions enabled the development of clearly-structured production lines on the site, which had previously been used for agriculture. The entrepreneur Heinz Gries had already decided in 1990 to develop a new biscuit production plant in East Germany. In June 1991 the ground-breaking took place on the “greenfield site” in the truest sense of the word, and in January 1993 the first biscuits came off the production line in the new commercial area in Kahla.

The history of the new site is also a history that could only be written by a family company: many of the initial 60 employees came to the parent company in Polch (Rhineland-Palatinate) for a year for their induction training, and during this time they stayed with their new colleagues. The huge demand for products from the West after the fall of the wall posed challenges for the employees at the young site which brought them together. But despite all the differences and difficulties, the team spirit was equally strong right from the beginning. “In Kahla we look back over a piece of German-German economic history”, says Andreas Nickenig, management spokesman at GdB. “We are proud of our contribution to the economic upturn in the region, and we want to be one of the most important employers and apprenticeship providers here in the region in future years too.” 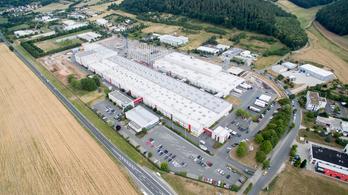